A downloadable game for Windows, macOS, and Linux

Commissar's Contrapasso is a story about an arrogant soviet commissar who follows the official doctrines of the party with little regard for the simple soldiers beneath him, until he finds himself caught alone behind enemy lines that is.

What follows is a darkly humorous adventure with many strange turns. Whether or not the commissar will make it out alive depends on you, the player.

The game is a point and click adventure game featuring hand drawn graphics and with an estimated playtime of about an hour.

For the curious, the title refers to the term Contrapasso from Dante's Inferno, which means "suffer the opposite", and is used to describe punishments reflecting the sins of the one getting punished, and will hopefully reflect the themes of this story.

Why does the dialogue zip past way too quickly? It's like one frame per paragraph.

You can skip the dialogue by clicking the mouse, have you made sure not to click on it while reading?

If not, I'm not sure what's wrong since I haven't heard of this problem from other players before.

This reviewer thought otherwise, and the game itself has never been intended to be propaganda.

lol, review is sarcasm, bro. blog have sarcastic stories about how foreigners create works about Russians.

I'm aware of the cranberry stereotypes, and I knew that the review was humorous and made jokes about the game, but if you read to the end the author did say that he liked the game and that he though it was better in depicting the war than several other games and movies.

And I admit the game have exaggerations for the sake of comedy, but it was never meant to have an anti-communist message, and the entire story revolves around the commissar overcoming his flaws and doing a heroic sacrifice and making the player sympathize with him in the end.

Thanks for the commendation! Now I'll try it :)

And I’m glad I did. That was an awesome gamelet! Good to see Ivan and Olga make a return too 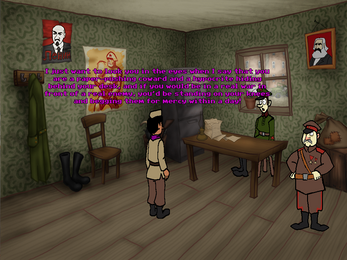 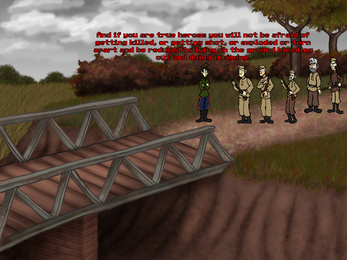 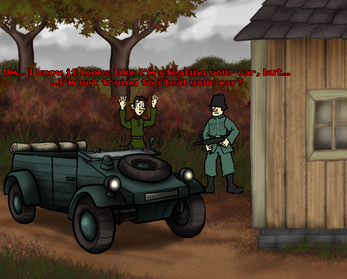